Seager Wheeler, born on the Isle of Wight in England in 1868, emigrated to Canada as a 17 year old, and followed the footsteps of family to Saskatchewan. In 1890 he broke the land to homestead near the town of Rosthern. As he began his career as a grain farmer, he realized he needed to educate himself in the principles of dryland farming, and how to get the best yield from his crops, gardens and fruit orchard. Wheeler is known as the Wheat King, responsible for the development of Marquis 10B Wheat, the first hardy strain of wheat to mature in the region’s 100 day growing season. He was recognized as a World Wheat Champion five times from 1911 – 1918 for Marquis 10B as well as other grain varieties. 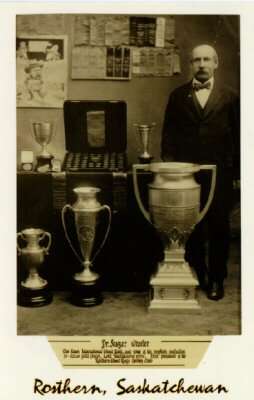 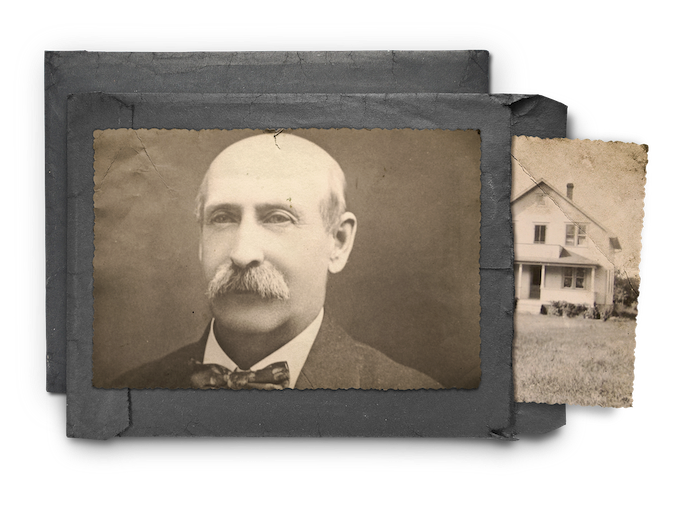 Wheeler’s first home on the farm was a “soddy”, where he lived with his mother, while his brother, Percy, lived on the neighbouring homestead. In 1908 he married Lily Martin, and built a new house for them to live in. The couple had four daughters, and in 1925, built the family home, which was lived in by family members until the mid 1970’s. Wheeler and his wife retired to Victoria, BC, where he died in 1961.

Seager Wheeler Farm was recognized as a National Historic Site and opened to visitors in 1996. The farm buildings and homes have been restored over the years, as have the yard, gardens and orchard.